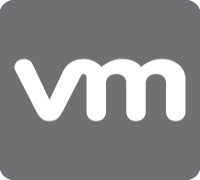 I’m doing VMware or in general virtualization since 2007 and over the years I can say about myself that I build a strong knowledge about it. But it comes the time that even the simplest things like in this case VMware Tools brought up some question from customers I didn’t know. That’s why I created this 3 part blog series which is in general a collection of information I found in KBs and documentations respectively from my own experience. So what will I cover in this 3 parts?

In part 1 I will cover an overview about VMware Tools (What is VMware Tools, What are the 3 types of VMware Tools, What is the differences between them etc.). In part 2 I will cover the question which VMware Tools version comes with which vSphere (Patch/Updates) starting with 5.5 and what were the fixes between the versions. Why I’m not starting with 5.0/5.1? Simple answer is because general supports of this versions will end on August 24th, 2016 and is therefor from my perspective no longer relevant. And yes I know there are a lot of customers still running on 5.0 or 5.1. You can find this and more lifecycle information in the VMware Lifecycle Product Matrix. In the final part I will give an overview about the VMware Tools component and driver and which version is included in each VMware Tools version.

So let’s start with the most important question and I see a lot of people scratching their head and asking themself “Is he really asking this? Everybody should know what it is”. My answer is YES a lot of people should know this but there are still people who are new to virtualization and are in the middle of starting their learning in this topic. And for them I hope this series would be useful.

What is VMware Tools?

VMware Tools is a suite of utilities and drivers that you install in the operation system running on vSphere, Workstation or Fusion. VMware Tools enhances the performance of a virtual machine and makes many easy-to-use features possible. Here is a list of some features that can only be used when VMware Tools are installed:

VMware Tools are installed with the ESXi host and are located under /productLocker/vmtools which is a symbolic link to /vmfs/volumes/PartitionOnInstallDevice/packages/vSphereVersion/vmtools (e.g. /vmfs/volumes/53e2ac41-d93bbffd-27ad-0cc47a1dc31e/packages/5.5.0/vmtools for vSphere 5.5)

There are 3 type of VMware Tools:

This version of tools is provided by the ESXi host. You can install it through the WebClient by right click the VM – All vCenter Actions – Guest OS – Install VMware Tools. When the installation is completed the VM will show under VMware Tools the status “Running”. When you are still using the fat client you will see a green check with “Running (Current)”. This means that you can update VMware Tools through vCenter/ESXi.

For a complete list visit the VMware Compatibility Guide (VCG) and select Guest OS. Follow this link to the Guest OS selection. There you can filter by selecting under VMware Tools the type of the tools. In this case it would be Tools available via OSP. This will list all Guest OS which supports VMware Tools OSP. In almost all cases these are older Linux Guest systems. For Guest OS systems where Open-VM-Tools are available VMware doesn’t provide OSPs. More information about OSP can be found here and the specific packages can be downloaded here.

This is the open source version of VMware Tools.The primary purpose is to enable operating system vendors and/or communities and virtual appliance vendors to bundle VMware Tools into their product releases. Open-VM-Tools comes in 4 packages (see KB2073803 for additional information) :

Open-VM-Tools consists only of a suite of virtualization utilities that improves the functionality, administration, and management of virtual machines within a VMware environment. It does not include any driver. Operating system vendors including open-vm-tool in their most recent OS version like:

Again for a complete list follow this link to the Guest OS selection. There you can filter by open-vm-tools. This will list all Guest OS which supports OVT. If OVT is installed vCenter will show VMware Tools as “Guest managed”, “3rdParty/unmanaged” or “3rdParty/Independent”. This means Open-VM-Tools can’t be updated through vCenter/ESXi.

When to use which type of VMware Tools?

This is one of the questions almost every customer came up with and as a former consultant I can only say “it depends”.  I will give you some advantages and disadvantages of each type of VMware Tools.

I mentioned earlier in this post that open-vm-tools doesn’t include drivers. The reason for this is that VMware has contributed and actively maintains the source code for VMware paravirtual drivers and kernel modules upstream to the mainline kernel.org tree for Linux. This means that since a specific kernel version all required driver are included in this kernel and therefor in the Linux distribution which is using this kernel version.

Here is a short list of paravirtual driver and the kernel version in which it was first included:

Here you can find some Linux distributions and the kernel version they are using: