Migrating Repositories is not a day 2 day job. Sometimes it must be done when replacing Backup2Disk devices and sometimes when you’re running out of space. Migrations in general could be very challenging but not so with Veeam. There are two ways to migrate repositories and it depends on the Veeam license which one you can use. I tested both with my Synology NAS box. In theory it should be the same with any Enterprise Backup Storage System.

1. Migrate data on the Synology NAS

This method can be used with every paid Veeam Backup & Replication license. Before I started with the migration, I checked that no backup is currently running and that the backup job is disabled. The following steps describe the migration process.

2. Migrate data through a Scale-Out Repository 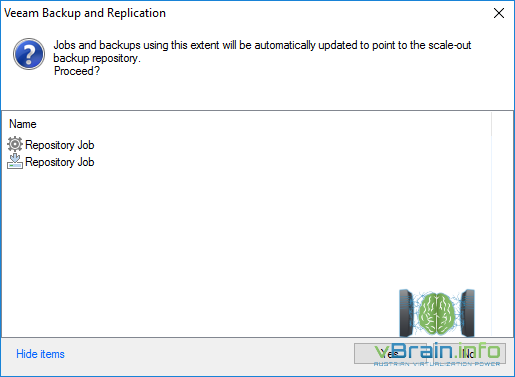