Wednesday (VMworld Day 3) starts with the second General Session and I was little late to get a seat in the Session so I watched it from the hang-space and did finish my post for day 1 and 2. This year I’m really behind my posts and I had no time during the day because I met and talked to lot’s of people during VMworld. After the session we (Andreas Lesslhumer and I) went to the VMUG booth for our special VMUG Leader “SWAG” and then it was time to join the VMUG leader lunch. When we arrived Pat Gelsinger (@PGelsinger) was already doing his speech and I enjoyed it very much. He also answered question about the Dell/EMC deal and some other. It was a pleasure of having him here and that he had time during all the last busy weeks. Next on stage was the newly promoted CEO of VMUG, Brad Tompkins (@VMUG_CEO). He presented the awards which were already given away at the US conference. After lunch we had an awesome conversation how to drag more people into VMUG meetings and how to make them presenting at VMUG local meetings. 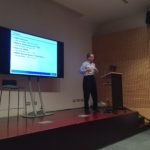 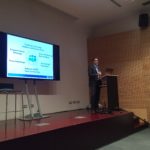 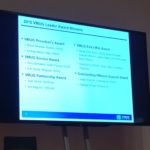 Here is also a group photo of the leader lunch:

After the leader lunch it was time to finally visit the Solutions Exchange for some SWAG and good conversations with vendors. My first stop was at the Zerto booth. So Zerto is a BC/DR solution specialist. Zerto provides enterprise-class disaster recovery and business continuity software specifically for virtualized data centers and cloud environments. Benefits of Zerto are the following:

The next I came by was INFINIDAT. INFINIDAT enterprise storage solution is based upon the unique and patented INFINIDAT Storage Architecture (ISA). The INFINIDAT Storage Architecture is a fully abstracted set of software-driven storage functions layered on top of very low-cost commodity hardware. The result is multi-petabyte capacity in a single rack, mainframe-class reliability with an unprecedented 99.99999% (7 nines) availability, and over 750K IOPS of performance. INFINIDAT comes in 2 versions a F6000 and a F2000. The difference between these two is that the F2000 comes with 2 high density storage enclosures whereas the F6000 is a complete rack of controllers and storage enclosures (3x controller, 8x high density storage enclosures). More information about INFINIDAT can be found here:

I also visited the Nutanix booth but not because of the product (been already familiar with it) but rather I spotted Darren Woollard (@dawoo) aka Grandpa there. It was great talking to him because he disappeared from the screen since he joined Nutanix.

I walked over to the Rubrik booth where I met Chris Wahl (@chriswahl) in person finally. We had a brief conversation about his move to Rubrik and his beard. Oh man I would kill for such beard and my wife would kill me too! It was really a great pleasure for me that I have met him.

The time in the Solutions Exchange flies by in warp speed and it was time for the Hall Crawl. 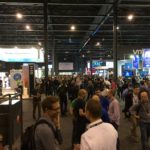 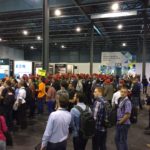 After some snacks and beer it was about time for the real party to start. VMworld Party! 🙂 For the party, Faithless was hired as main band. Everyone I talked to told me that I will know the band when I would hear the song everybody knows. And true, when Faithless started playing the chords I remembered the band and the song (God is a DJ). At the party there where also gaming simulators (F1 etc.), a Oculus Rift and a lot of arcade consoles/flippers around the venue. I got the chance after what felt like an eternity to play Street Fight Alpha again. Great experience and I still know all the special moves. I didn’t manage to get my hand on the Double Dragon arcade console. Wow those were the days. 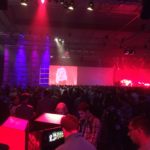 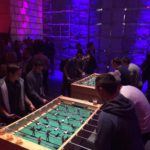 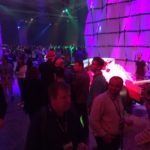 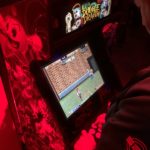 When we were near the exit we pumped into Ather Beg (@atherbeg). We had an awesome conversation with him about self-employment, family, health, programming etc. and I felt that I know him much better now. Some of the topics were really inspiring for me so thanks again Ather for your time! A great party came to an end and we traveled back to our hotel. Here you can find some more pictures of Faithless at the VMworld party from the photographer Olivier Parcollet.