Thursday (VMworld Day 4) is also known as the hang-over day and Andreas (@lessi001), Abdullah (@do0dzZZ) and I decided to do a final #vBreakfast therefor. Unfortunately we tweeted it on short-notice so it was only the three of us but I think the “friendly” waiter was really happy that it was only us!

So final day at VMworld which means that there is not much time left to visit vendors or grab additional SWAG.

My first stop was at the RuneCast booth. I met the CEO and Co-Founder Stanimir Markov (@sferk, VCDX #74) at the VMworld party and we talked about RuneCast. I was not aware at that point that he is the CEO of the company. RuneCast gathers all the information of your virtual environment (logs) and matches it against the VMware KB articles to see if there is probably an issues in your environment. What I saw about the product was really great and it looks very promising for the future. RuneCast does also log analysis so it could be possible that in the future it’s an serious competitor to VMware LogInsight.

Because I was at the New Innovator area I checked out SpringPath. SpringPath came out of stealth a couple of weeks ago and it’s a HCI (Hyper-converged Infrastructure) software only solution. This means that you can run the software on any server/system which is on the HCL of SpringPath. The SpringPath Data Platform is based on patented HALO architecture. HALO was built from the ground up and leverages memory, flash and disk resources across a cluster of servers running the applications to deliver an enterprise class data infrastructure. The file system SpringPath is using was created from scratch by former VMware Principal Engineers. The minimum requirement as for each other HCI solution is 3 nodes and it can scale out by adding additional nodes. SpringPath is licensed per host. No additional license is needed. Currently there is only vSphere but they will also support KVM and Hyper-V in the near future. From the software lifecycle point of view SpringPath plans minor releases every month (including new features) and major releases every quarter. From my point of view this is a very sporty approach.

Time is ticking so I moved over to the PernixData booth to enter the raffle for a homelab. There was the requirement to take a picture of the PernixData logo and tweet it with a special text. I took Frank Brix (@frankbrix) as my logo. 🙂

That was the time where I thought I could do a selfie with every tweep that crossed my path just for a reminder of an awesome VMworld 2015. I will call this the #SelfieStalker 🙂 Here you can see all my victims. 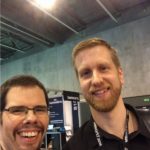 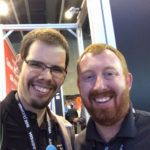 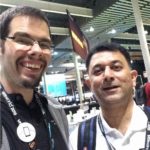 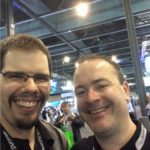 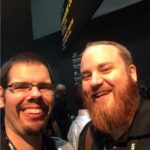 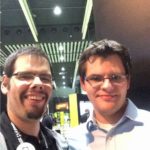 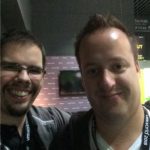 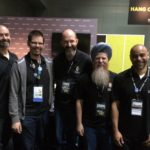 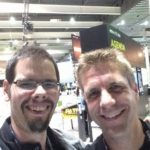 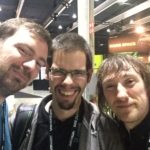 I also grabbed my Tegile (@Tegile) tile finally but unfortunately nobody was at the booth to show me a demo of the product. Time flied by really quick and the last minutes of the show I spent at the blogger area with some of my fellow bloggers.

To be honest, this VMworld was the best I ever attended. Not because of the sessions (only did hang-space and Solutions Exchange) but rather of the great conversations I had during VMworld. It was really cool to met all this great people I know only from Twitter and blogs and I’m also very proud that I had done a TechTalk for the #vBrownbag crew. I hope I can also attend VMworld next year. Maybe even the US edition but we will see how I can arrange this with my wife and child. Again thanks for all the talks, I really enjoyed it and see you around.